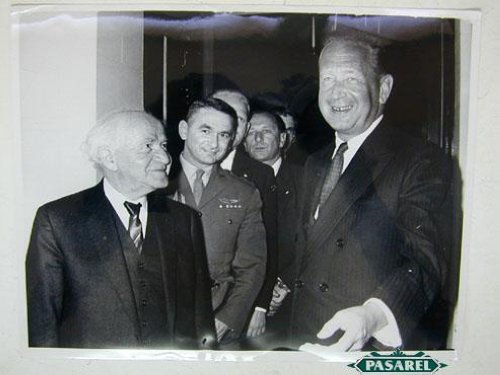 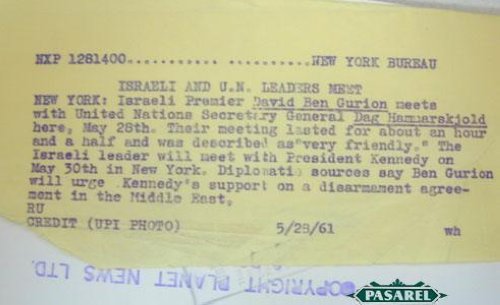 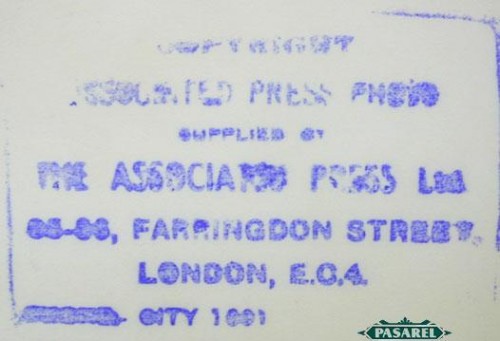 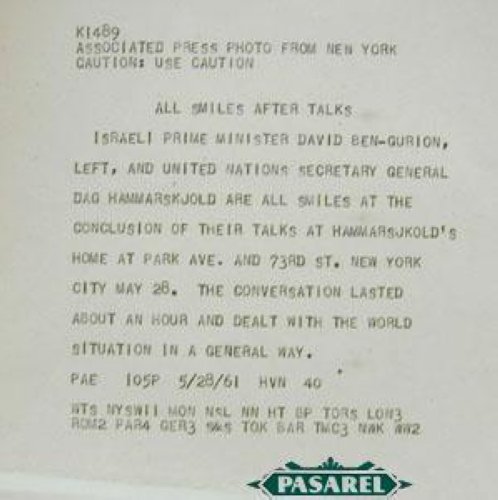 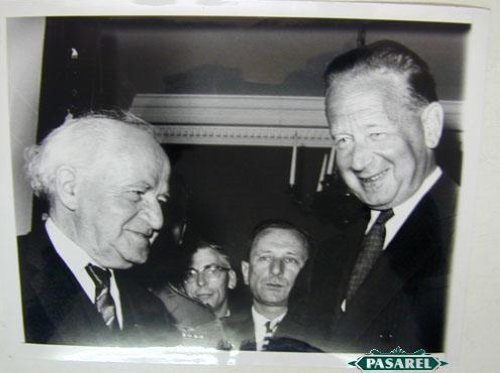 “Israeli Prime Minister David Ben-Gurion, left, and United Nations Secretary General Dag Hammarskjold are all smiles at the conclusion of their talks at Hammarsjkold’s home at Park Ave. and 73rd st. New York City may 28. The conversation lasted about an hour and dealt with the world situation in a general way.”

Described on the reverse.