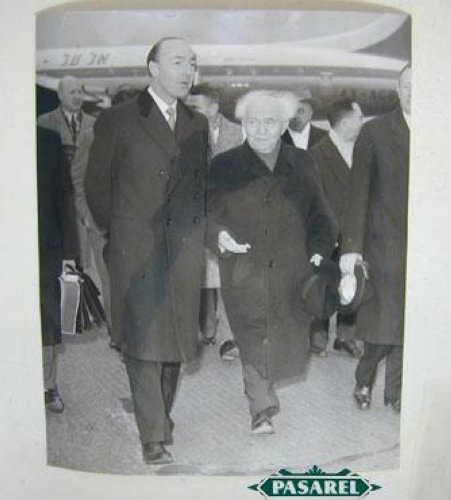 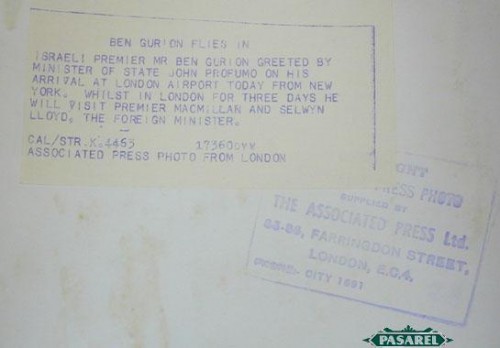 “Mr Ben-Gurion Greeted by Minister of State John Profumo on his arrival at London airport from New York.
Whilst in London for three days he will visit Premier Macmillan and Selwyn Lloyd, the foreign minister.”
Photo by – Associated press photo From London.
Described on the reverse.

The Profumo Affair was a political scandal from 1963 in the United Kingdom that is named after the then Secretary of State for War, John Profumo.
The Profumo affair developed after Profumo had a brief relationship with a showgirl named Christine Keeler,who was also reputedly the mistress of a known Russian spy, and then lied in the House of Commons when he was questioned about it.
The scandal forced Profumo to resign and severely damaged the reputation of Prime Minister Harold Macmillan’s government.
Macmillan himself would resign a few months later owing to ill health.