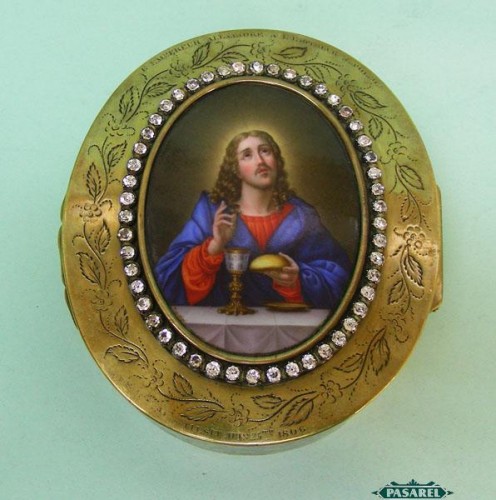 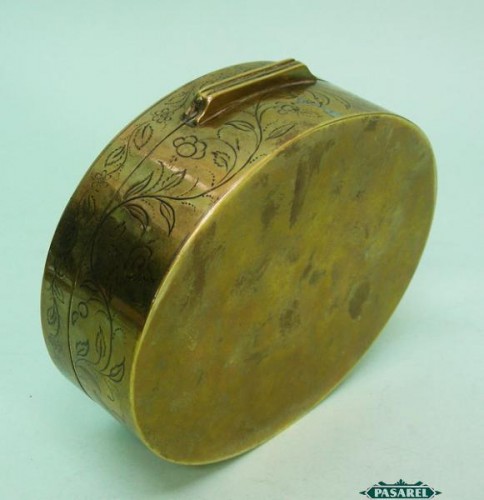 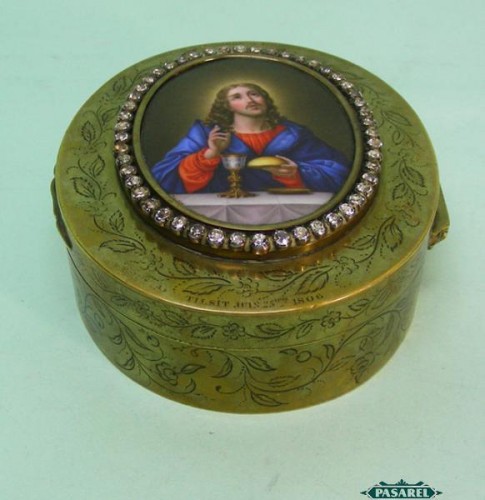 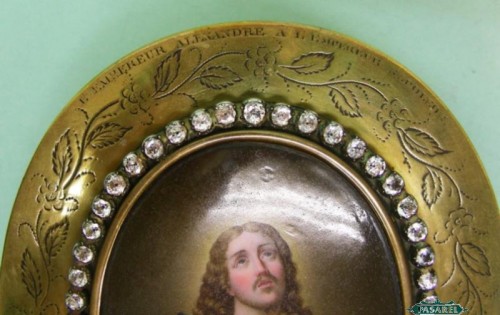 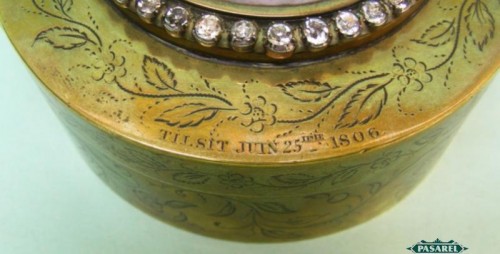 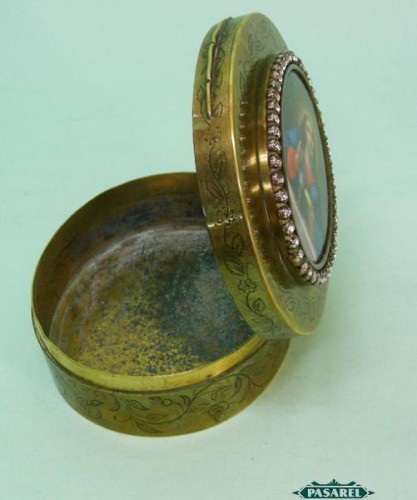 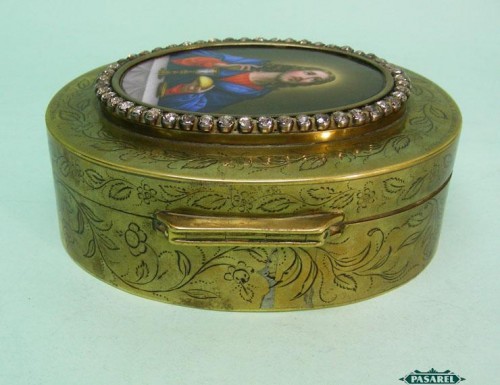 Napoleon Bonaparte Russian Box Gift To Emperor Napoleon At The Signing of Treaty Of Tilsit, 1806.

Historically important and unique brass box with a painted porcelain miniature of Christ at the Last Supper.
Inscribed on the lid “L’Empereur Alexandre a L’Empereur Napoleon Tilsit Juin 25ieme 1806”.
The brass box engraved with a berry and flower scrollwork, which is typical of the Russian decorative style, and set with a row of paste stones surrounding the porcelain painting.

The inscription suggests that the box was involved in the gift exchange between the envoys of the Russian Emperor Alexandre I (1777-1825) and the French Emperor Napoleon (1769-1821) in connection with the War of the Fourth Coalition (1806-1807). The Battle of Friedland (14 June 1807) ended the war between France and Russia and the two emperors met on 25 June 1807 in the town of Tilsit (then East Prussia, currently Sovetsk, Russia) to negotiate a peace treaty, known as the Treaty of Tilsit. It is logical that the date inscribed on the box refers to the day of that meeting (25 June according to the old style calendar, and 7 July according to the new calendar). It is yet unclear why the year refers to 1806, but has been suggested that this could be a symbolical commemorative act, referring to the beginning of the military campaign between the two armies, a retrospect move known to be used in diplomatic protocols. Alternatively, it is possible that an unrecorded meeting between the French and Russian envoys took place on 25 June 1806, and the traditional exchange of gifts took place, even without any imperial presence. This, however, would be an unlikely coincidence, as the 25 June convincingly places the box around the Tilsit Treaty meeting.

Very good, some brass oxidation inside the box, miniature and pastes are intact.