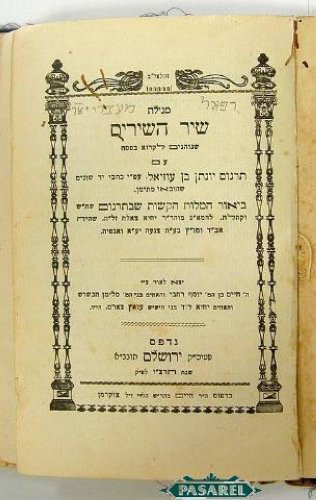 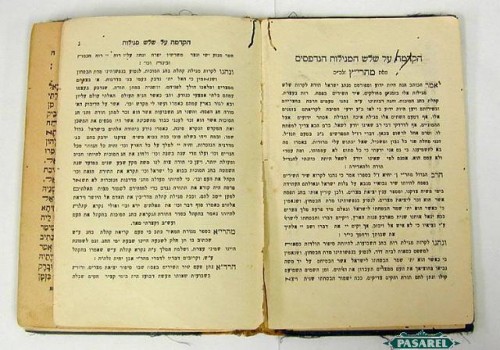 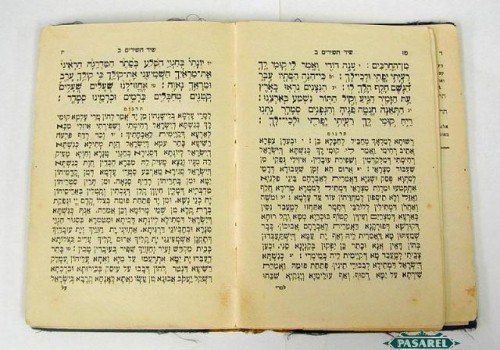 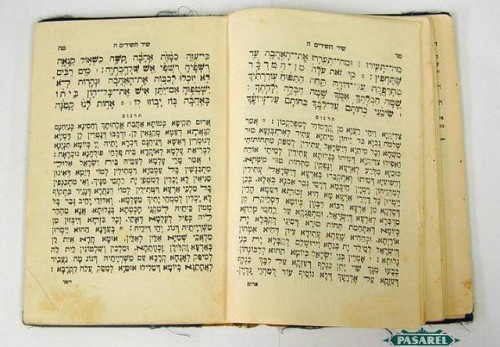 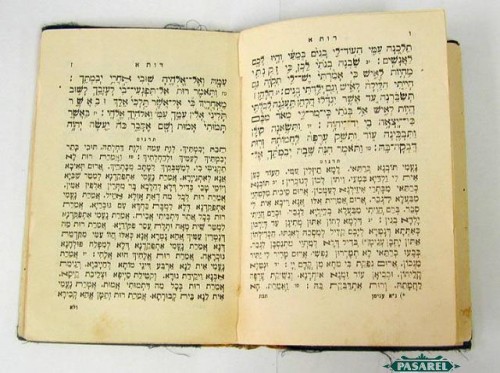 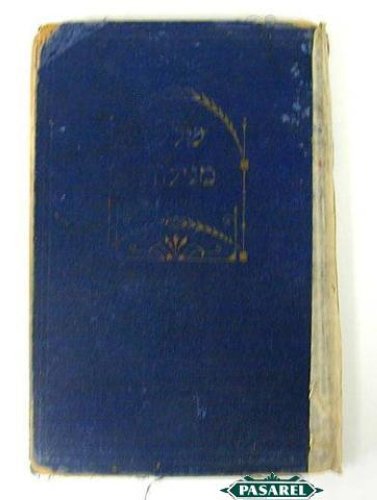 Yemenite version.
The three scrolls were translated by Yonathan Ben Uziel according to different manuscripts which were brought from Yemen.
With illumination on the complicated words by Rabbi Yicheya Salach who was the presiding judge of the city of Sanaa in Yemen.
It includes the Song of Songs scroll, the Ecclesiastes scroll and Ruth scroll.
67pp.