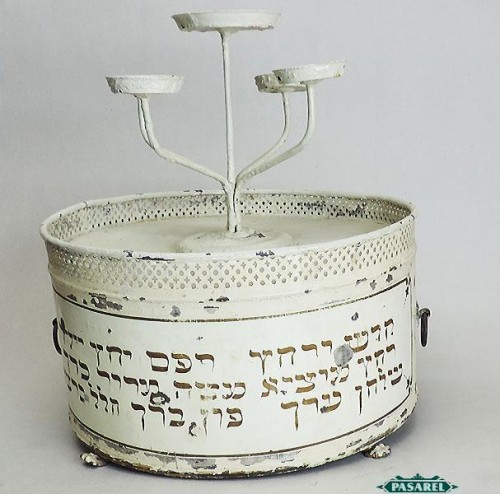 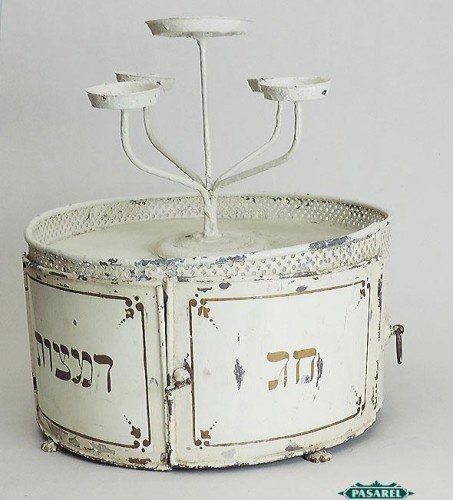 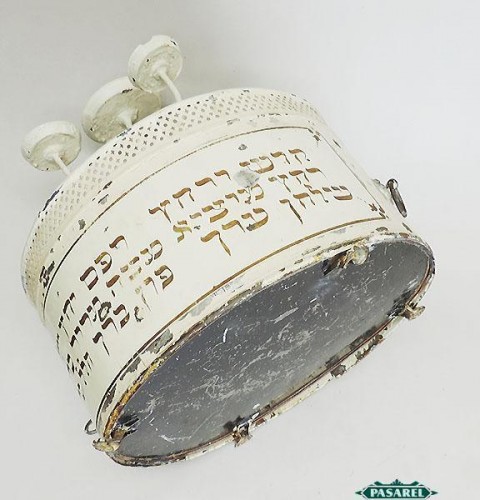 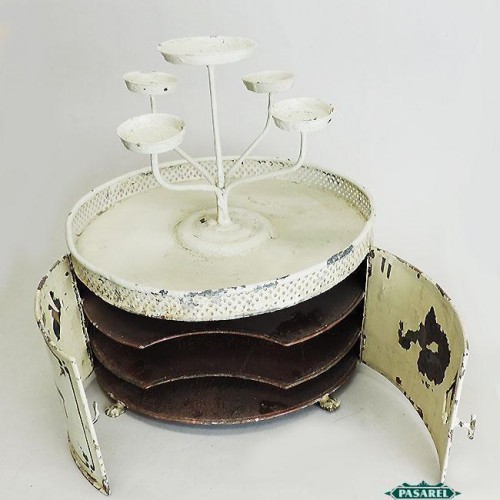 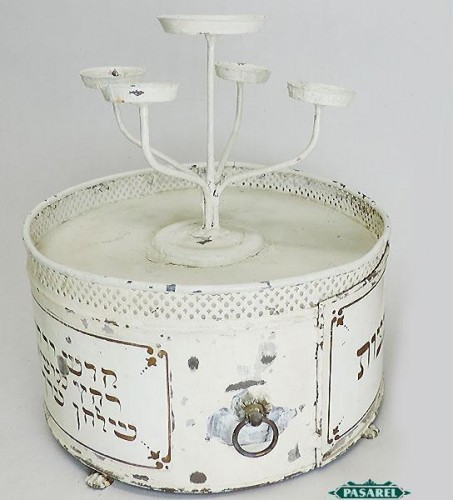 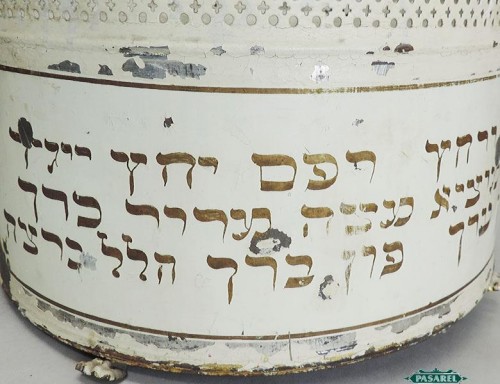 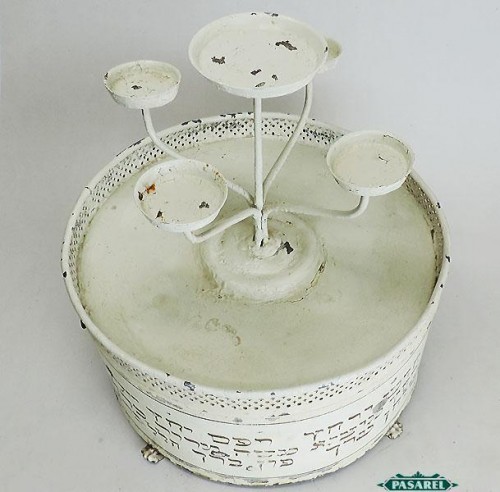 The circular bowl is made of white colored metal with gilt inscriptions from the Passover Haggadah.
The top of the bowl with five raised dishes for the Passover’s ritual foods.
Two hinged doors open to reveal the three level Matzah (Matzo) compartment.
The hinged doors are inscribed in Hebrew – “Matzah’s Holiday” (Festival of unleavened bread – one of Passover’s names).
Set on four paw shape supports.
The bowl has two ring handles.

This bowl belonged to Dr. Rabbi Josef Eschelbacher (1848-1916) –
Eschelbacher was born in Hamstadt (Baden) in 1848.
After studying in the Juedisch-Theologisches seminar in Breslau he became a Rabbi in Bruchsal (Baden).
In 1873 he got a Ph.D. (Doctor of Philosophy) from the University of Halle-Wittenberg.
In 1900 he was appointed Rabbi of Orthodox part of Berlin Jewish Community.
He died in Berlin in 1916.
Among his publications are “Das Judentum und das Wesen des Christentums” (the Judaism and the Essence of Christianity) and a biography of Rabbi Michael Sachs

Very good, considering its age
Some loss of color
Supports a bit bent