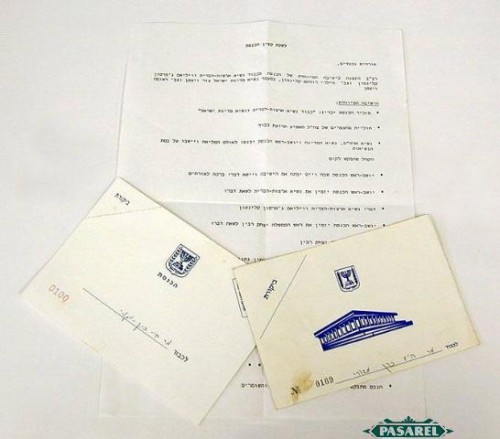 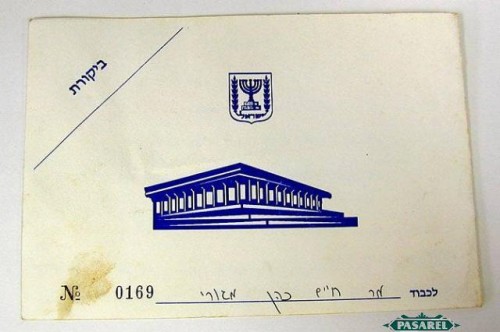 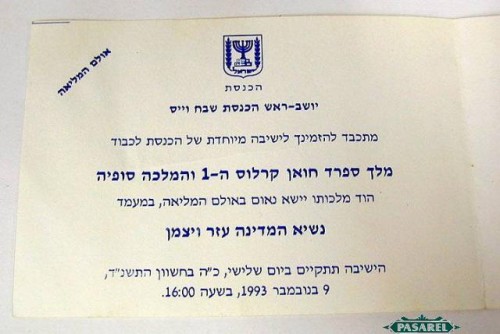 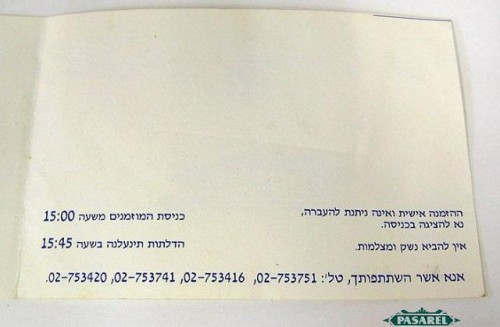 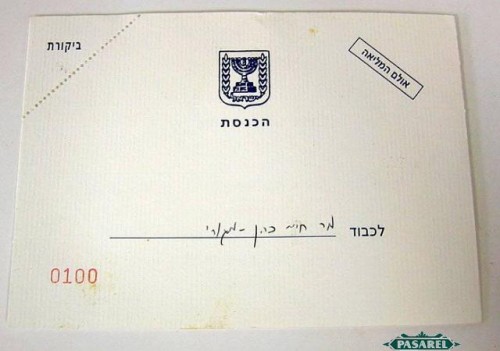 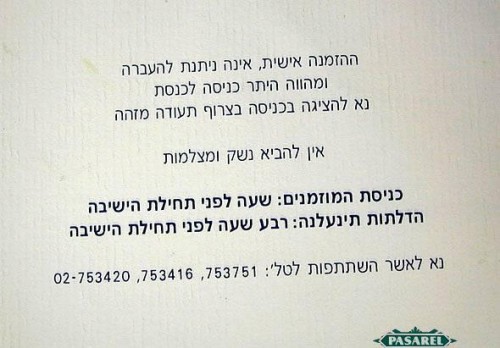 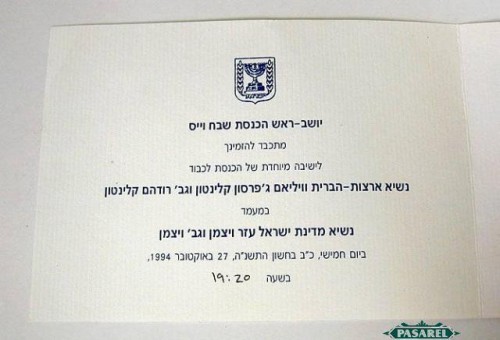 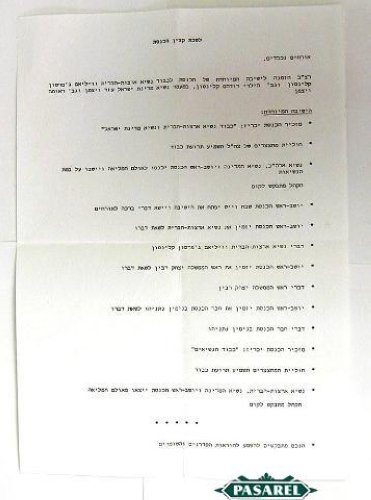 The first invitation is for a special Knesset meeting with the former US president William Jefferson Clinton and his wife with the former late president of the State of Israel, Mr. Ezer Weizmann, dated October 27th, 1994.
Accompanied by a timetable for the meeting with various sections including speeches of the late assassinated Israeli Prime Minister Yitzchak Rabin, former US President Bill Clinton and the former Israeli Prime Minister Benjamin Netanyahu.

The second invitation is for a special Knesset meeting with the king of Spain Huan Carlos the 1st and queen Sophia with the former late president of Israel, Mr. Ezer Weizmann, dated November 9th, 1993.