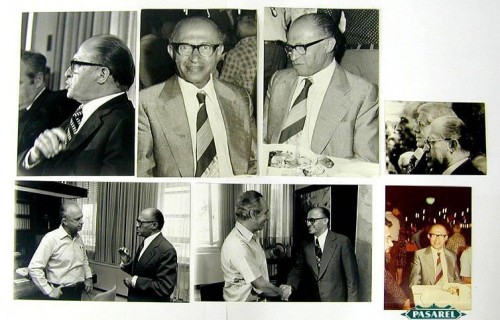 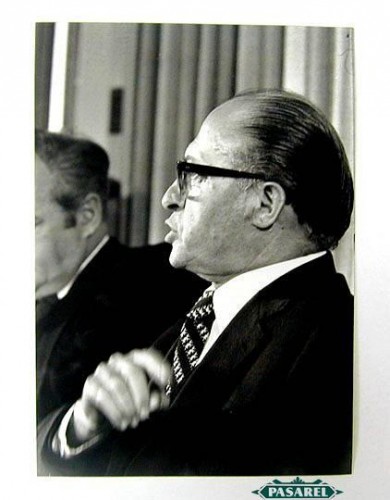 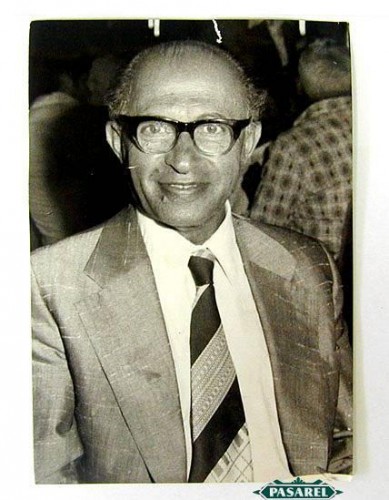 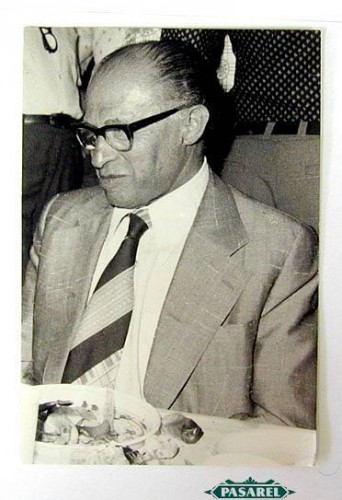 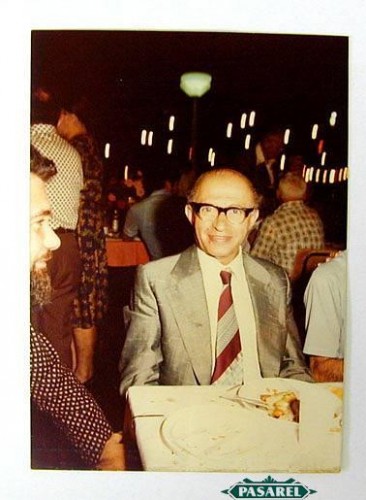 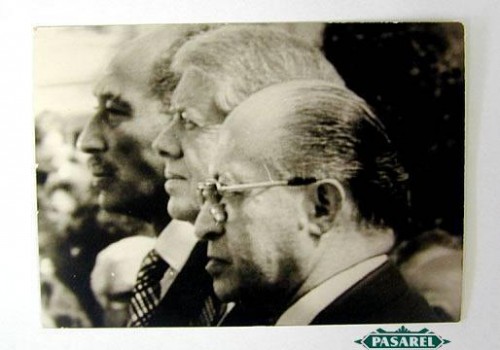 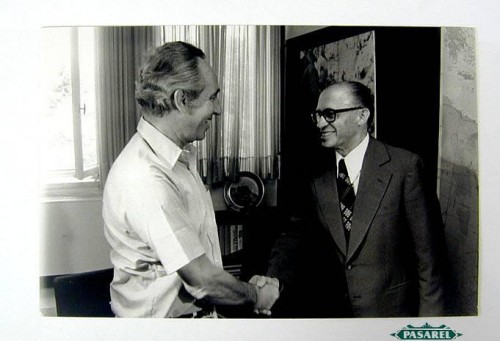 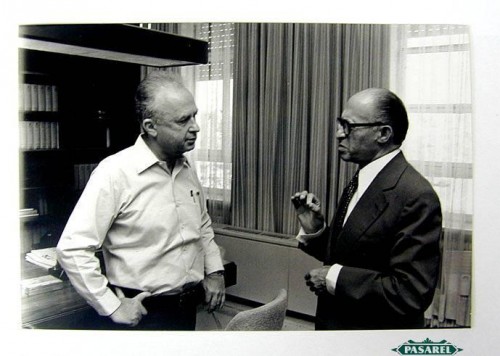 One photo is the famous photo of Prime Minister Begin with Presidents Carter and Sadat at Camp David peace summit.
Another photo portrays Israeli prime ministers Begin and Rabin in 1977 in the Prime Minister office when Mr. Begin replaced Mr. Rabin as the Israeli Prime Minister.
An earlier photo shows Mr. Begin and Mr. Shimon Peres who both later become prime ministers of the state of Israel.
The rest of the photos show Mr. Begin on various occasions with the late Shmuel Tamir – Minister of Justice and the late Mr. Eliahu Ben-Elissar – the 1st Israeli ambassador to Egypt.