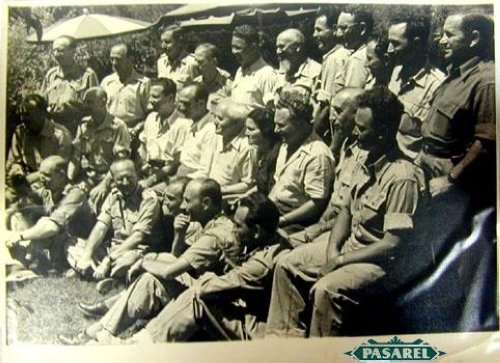 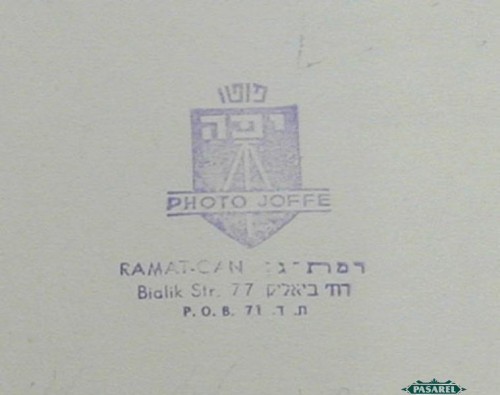 In the center of the photo are Prime Minister David Ben-Gurion, his wife Pola Ben-Gurion, minister Levi Eshkol (later became the third Prime Minister of Israel ) and Israel Galili (political and military leader, former Knesset member, one of the leaders of the Achdut Haavoda Party) surrounded by the first IDF general staff officers: Yigal Yadin (second chief of staff of the state of Israel, professor of archeology, former member of the Israeli parliament), Aharon Remez, Isaac Sade, Yigal Alon [Israeli soldier and politician (one of the founders of the Palmach)], Moshe Carmel, Mordechai Maklef (was the third Chief of Staff) and other generals.

The first chief of staff of the IDF General Yaakov Dori was absent due to illness.
The Israel Defense Forces (IDF) came into being with a proclamation by the Provisional Government of Israel, on 28 May 1948, in which it established the creation of land, air and sea forces. The proclamation was published on 31 May, and general officers were sworn into the IDF on 28 June.

The back of the photo Bears the stamp of photographer “Photo Joffe”.